This week has seen a certain image take over traditional and social media.

I’m not sharing it, as I don’t want it on my site! But it’s basically a picture of Jacob Rees-Mogg reclining on the front bench in the House of Commons during a Brexit debate.

Understandably, it touched a few nerves, and fast became the centre of hundreds of memes, generating comment across the national and international media and even being projected onto the side of Edinburgh Castle(unlucky, Scotland).

Opinions of Rees-Mogg aside, the speed at which this image spread shows the power of a picture. The shot has been viewed millions of times over and been the focus of both serious debate and gallows humour almost non-stop for the last 48 hours, with obvious impact.

A much nicer recent example of picture power is the stunning photograph entitled Rainstorm, Deansgate, Manchester, that was taken by local photographer Simon Buckley. The content and contrasts within the image were quickly compared to those used by L.S. Lowry in his paintings, an observation tweeted by Stephen Fry, leading to Buckley allegedly producing prints that almost sold out within an hour.

When I started in PR, images were sent to journalists as a transparency, paper-clipped to a press release, or if they were really urgent, put on a bike (gah, I’m old). We move a bit faster these days, but the power of an image can still make or break the use of a piece of editorial – and with the digital media space constantly looking for new content, it’s even more important to use the right kind of image in your PR, and have it ready from the outset. Here’s how.

Some media outlets insist on landscape shots, others don’t mind. Business stories need people, well-placed in an uncluttered background. Consumer product journalists will usually look for a cut out on a white background, so sending a pretty roomshot is a waste of time. It really all depends on what you are talking about and who to. So before you send an image to a journalist, take the time to research the channel you are targeting. As with all PR, a blanket approach will not work.

It’s a digital age after all, and if you can provide a short video clip, a time-lapse video or even some rough footage, there is a chance it could get used. It’s ideal for sharing on social media and equates to sharable content. Check first that it’s wanted, of course!

Which basically means leave it out. Over the top branding does not work in editorial. While business stories can sometimes include a company logo (on a wall, in the background), any branding in other images need to be in situ or be gone.

In my experience, journalists like a choice. So if you can send a few pictures with your press release or story, it’s worth doing. It allows the media title creative control – unless you’ve paid for it, you don’t know how their page is going to look, so you can’t be sure that your choice of image is the best one. And while influencers prefer to take their own shots to fit their own style, I still send a selection of images along with a brief.

This is the basics. The image needs to have a resolution of at least 300dpi (dots per inch) and be 1MB in size. Go too large however, and you risk getting your email blocked. Wetransfer and Dropbox are better for sending larger images. If it’s for your own blog or social media platforms, your smartphone will be fine.

And remember – it’s all very well knowing your lighting and your positioning, but if you’re not a pro, it’s best to hire one. Any images you send out will reflect the business you are talking about and help shape audience opinions.

Which could be another caption for that Rees-Mogg image, come to think of it.

Image of camera by Rayan Almuslem 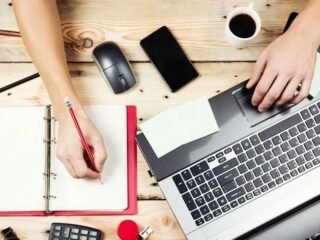 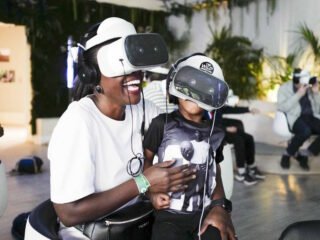